It is unclear whether the modernization program will slow from its rate of 48 UH-60V conversions per year in order to address DOT&E program recommendations. In total, 750 UH-60L helicopters will be converted to the new standard.

U.S. Army helicopter pilots are currently benefitting from the Sikorsky UH-60V Victor modernization program to upgrade the analog cockpit architecture of legacy UH-60L Blackhawk utility helicopters to UH-60V designations – complete with glass cockpit equipment similar to the pilot-vehicle interface (PVI) in Sikorsky UH-60M models. However, while the upgrades are resulting in a marked increase in pilot awareness, the Pentagon's Director of Operational Test and Evaluation (DOT&E) has found that they do not positively affect aircraft survivability, especially in regard to cybersecurity.

According to the DOT&E report, the many of the twelve deficiencies and 43 shortcomings found during May 2018 software version testing were corrected; however, numerous “potential insider and near-sider cyber-attack vectors” were identified with confirmation that at least some of the vectors were exploitable. 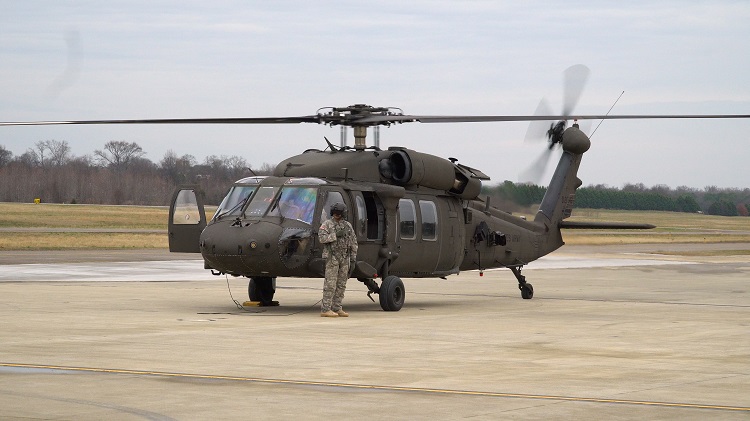 Northrop Grumman provides the Integrated Avionics Suite for the UH-60V, which includes an integrated computational system, visual display system, and control display units to create one of the most advanced avionics systems in the U.S. Army. It replicates the UH-60M PVI for a lower cost than a new UH-60M and extends the life and mission capabilities of the UH-60L fleet.

Beyond the enhanced PVI, the Victor cockpit utilizes an open architecture designed for rapid system integration and interoperability, an important requirement for the U.S. Army’s Future Vertical Lift (FVL) program. While the UH-60V and UH-60M models use the same airframe as original UH-60 helicopters, the FVL programs goal is to make cost-effective, incremental upgrades to airframes, equipment, and capabilities, much in the same way a modern smartphone is regularly updated through software rollouts.

It is unclear whether the modernization program will slow from its rate of 48 UH-60V conversions per year in order to address DOT&E program recommendations. In total, 750 UH-60L helicopters will be converted to the new standard.

Purchase Now
Alert Details
The SAE MOBILUS platform will continue to be accessible and populated with high quality technical content during the coronavirus (COVID-19) pandemic. This includes the availability of publications from events such as the WCX World Congress Experience, Aerotech  and many more.

While SAE International has cancelled or postponed all in-person events, courses and programs we are exploring virtual options to allow for continued education and knowledge sharing.