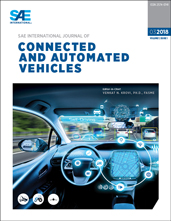 In times when automated driving is becoming increasingly relevant, dynamic simulators present an appropriate simulation environment to faithfully reproduce driving scenarios. A realistic replication of driving dynamics is an important criterion to immerse persons in the virtual environments provided by the simulator. Motion Cueing Algorithms (MCAs) compute the simulator’s control input, based on the motions of the simulated vehicle. The technical restrictions of the simulator’s actuators form the main limitation in the execution of these input commands. Typical dynamic simulators consist of a hexapod with six degrees of freedom (DoF) to reproduce the vehicle motion in all dimensions. Since its workspace dimensions are limited, significant improvements in motion capabilities can be achieved by expanding the simulator with redundant DoF by means of additional actuators. This article introduces a global optimization scheme that is able to find an optimal motion for a 9-DoF driving simulator with three redundant DoF. The simulator consists of a tripod with three DoF in longitudinal, lateral and yaw direction as well as a hexapod, which is mounted on top of the tripod’s motion platform. The MCA is based on a model predictive control algorithm that solves a global optimization problem at each sampled time instance. The discrepancies between the desired and provided motion percepts are included in a cost function to be minimized by the optimization procedure. The optimization is constrained by the actuator limitations. Due to the nonlinear kinematic relations between the workspace and actuator space of both motion systems, a linearization approach is shown to adequately limit the actuator restrictions on position, velocity and acceleration level over a finite time horizon. We applied the proposed scheme to the real simulator and evaluated the method for various driving scenarios.
View/Annotate
Content Loading, Please Wait
Document Preview
Content Loading, Please Wait
Document Comparison
Content Loading, Please Wait
Download

You may already have access to the Journal Article, Motion Cueing Algorithm for a 9-DoF Driving Simulator: MPC with Linearized Actuator Constraints

If you do not have access to SAE MOBILUS via username/password or institutional access, you can still purchase the Journal Article, Motion Cueing Algorithm for a 9-DoF Driving Simulator: MPC with Linearized Actuator Constraints.