“Air Carrier Certification means that we can begin a commercial service delivering goods from local businesses to homes in the United States,” according to a Wing statement published on the online news outlet, Medium.

The announcement was made after individuals in the test program received lawn-dropped packages from one of Wing’s all-electric, vertical takeoff and landing (eVTOL) UAS vehicles. The aircraft use a distributed arrangement of 12 rotors and 2 forward-facing propellers to achieve altitudes of up to 400 feet and speeds nearing 75 miles per hour. Wing uses machine learning algorithms to identify doorstep-sized delivery zones that meet an optimal combination of safety and convenience.

“Air Carrier Certification means that we can begin a commercial service delivering goods from local businesses to homes in the United States,” according to a Wing statement published on the online news outlet, Medium.

“This is an important step forward for the safe testing and integration of drones into our economy. Safety continues to be our Number One priority as this technology continues to develop and realize its full potential,” said Elaine L. Chao, U.S. Secretary of Transportation in the statement. 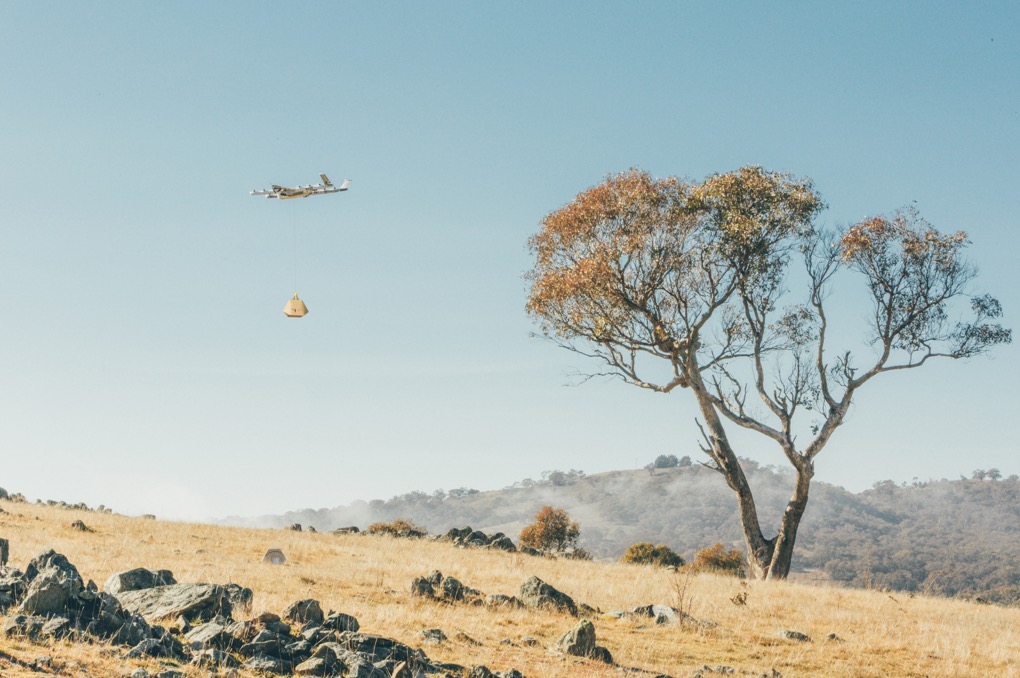 Although Wing is the first certified operator in the U.S., many companies like Amazon, United Parcel Service (UPS), and DHL Express are developing and seeking similar technologies and approvals.