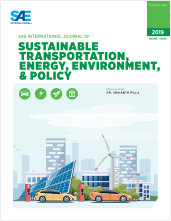 If you do not have access to SAE MOBILUS via username/password or institutional access, you can still purchase the Journal Article, Investigation on Combining Partially Premixed Compression Ignition and Diffusion Combustion for Gasoline Compression Ignition—Part 1: Fuel Reactivity and Injection Strategy Effects.